New Armoury: "The Fascination of Fortifications" 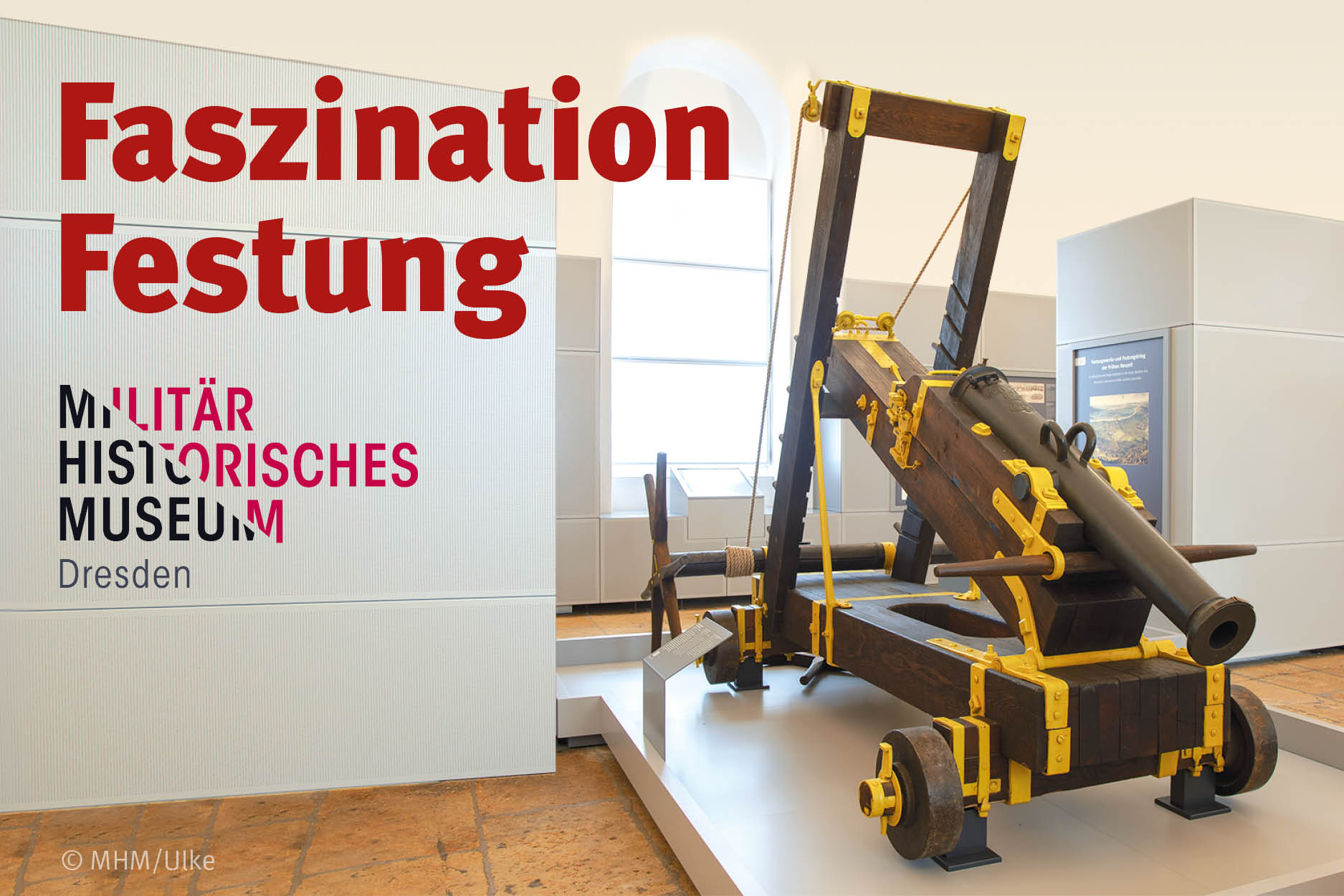 The Fascination of Fortifications:
The new permanent exhibition
of the Bundeswehr Museum of Military History (MHM)
at the New Armoury of Königstein Fortress

The New Armoury will be open through the summer months (1 May – 31 October).
The entry is included in the ticket price for Königstein Fortress.

The need to protect oneself is one of the fundamental constants of humanity. Humans have protected themselves from aggression, other humans’ lust of expansion or greed, as well as from thunderstorms or wild animals.

Using the same inventiveness which they applied for creating safe and permanent sites, humans time and again contrived means and ways to overcome, break through, undermine or overfly such protective structures. Ultimately, the destructive force of firearms forced them to erect stronger and stronger walls.

Mobile warfare with tanks and airborne warfare, where no walls can be built, have changed the demands on fortified sites.

Nuclear weapons, the utilisation of which would turn our world into an uninhabitable zone, are the provisional end point in this evolution.

The new permanent exhibition of the Bundeswehr Museum of Military History (MHM) at the New Armoury of Königstein Fortress presents a 12-chapter cultural history of fortified sites and fortifications with more than 200 exhibits and pictures.

Historical and modern attack and defensive weapons are the focus of this exhibition. There is, however, also a guided tour covering subjects exceeding far beyond classical fortress warfare: from castles as a romantic area of projection to the bourgeoisie ready to defend themselves on city walls or barricades to fortresses as a prison.

At the end of the exhibition, examples of contemporary security threats are presented, together with an outlook on the resulting challenges that lie ahead.